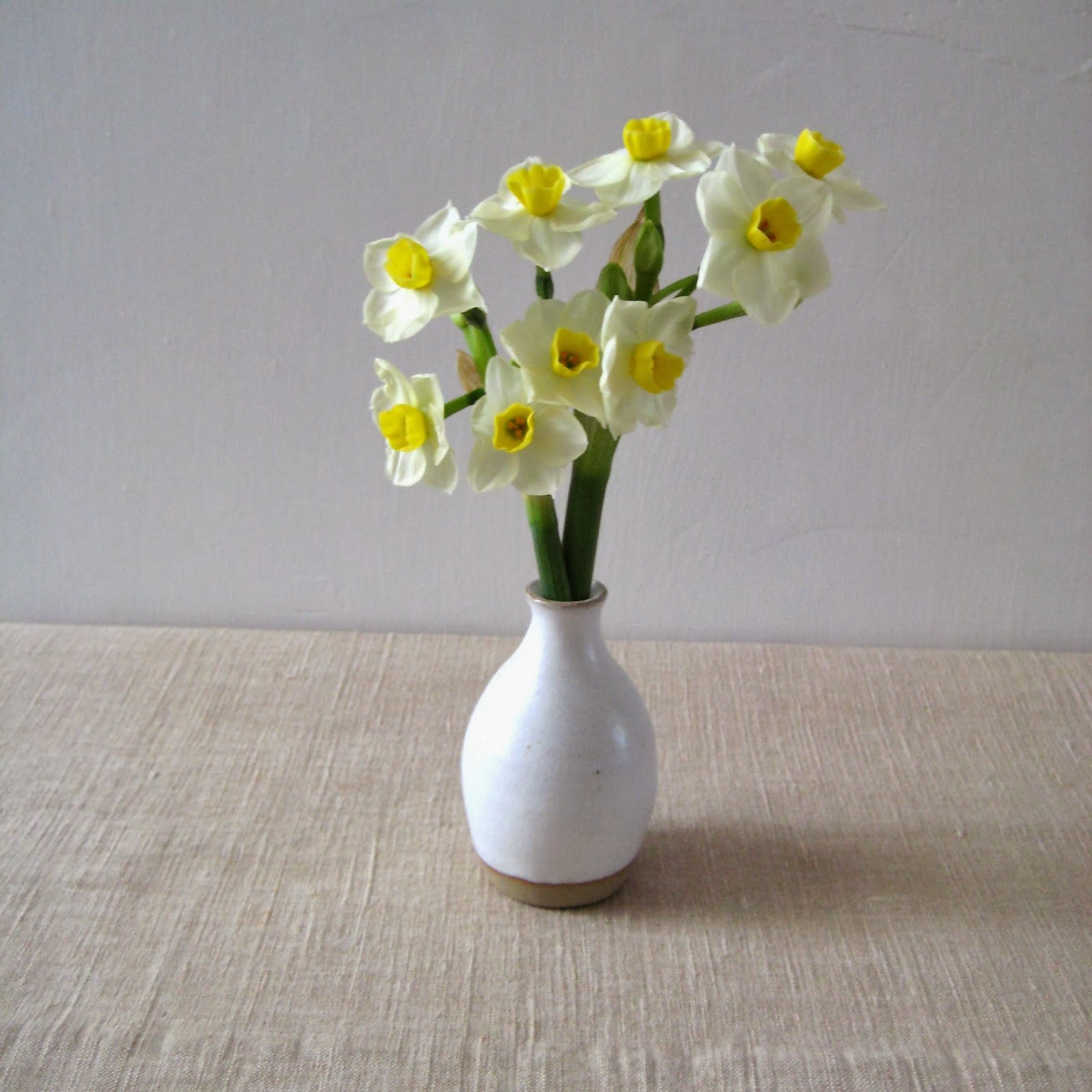 Yesterday I fired the first kiln load of the year! I've been busy since the beginning of January trying to make enough pots to fill a bisque kiln. It hasn't been easy, especially since the studio roof has been leaking (again!) in all this wet and windy weather. During one particularly heavy downpour, I even decided to wear my waterproofs indoors to avoid the drips... The general atmosphere has also been so damp, the pots have taken ages to dry. But, moaning about the weather aside and despite everything, I managed to get the kiln going yesterday for my first bisque - and so today (while I'm waiting for the kiln to cool down) I thought I'd blog about some new pots I've been making. 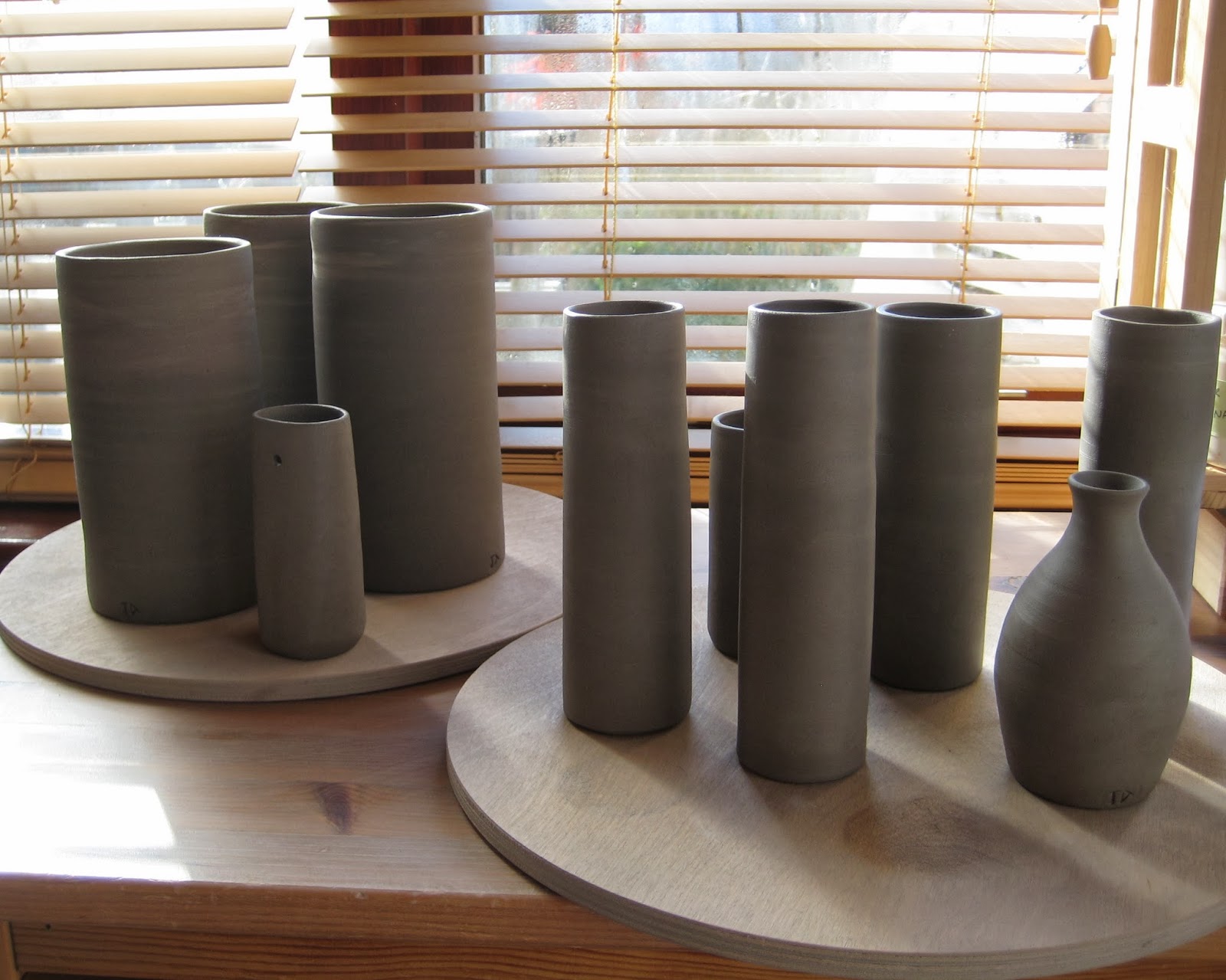 Before Christmas I started to throw a few new vase shapes. I wanted to make some small bud vases with a belly form and also some straight slim and narrow 'stem' vases. Above is a photo of the first small test batch I made before Christmas (shown in leatherhard stage and drying out). They're all hand-thrown as usual, but the straight narrow vases have been thrown in two parts: two thrown 'tubes' which are then spliced together when they're both leatherhard. This sort of making is called composite making, and it's something I've started to experiment with. It's especially useful for making taller pots and for making narrow forms (for when your fingers can't fit inside the pot during throwing). 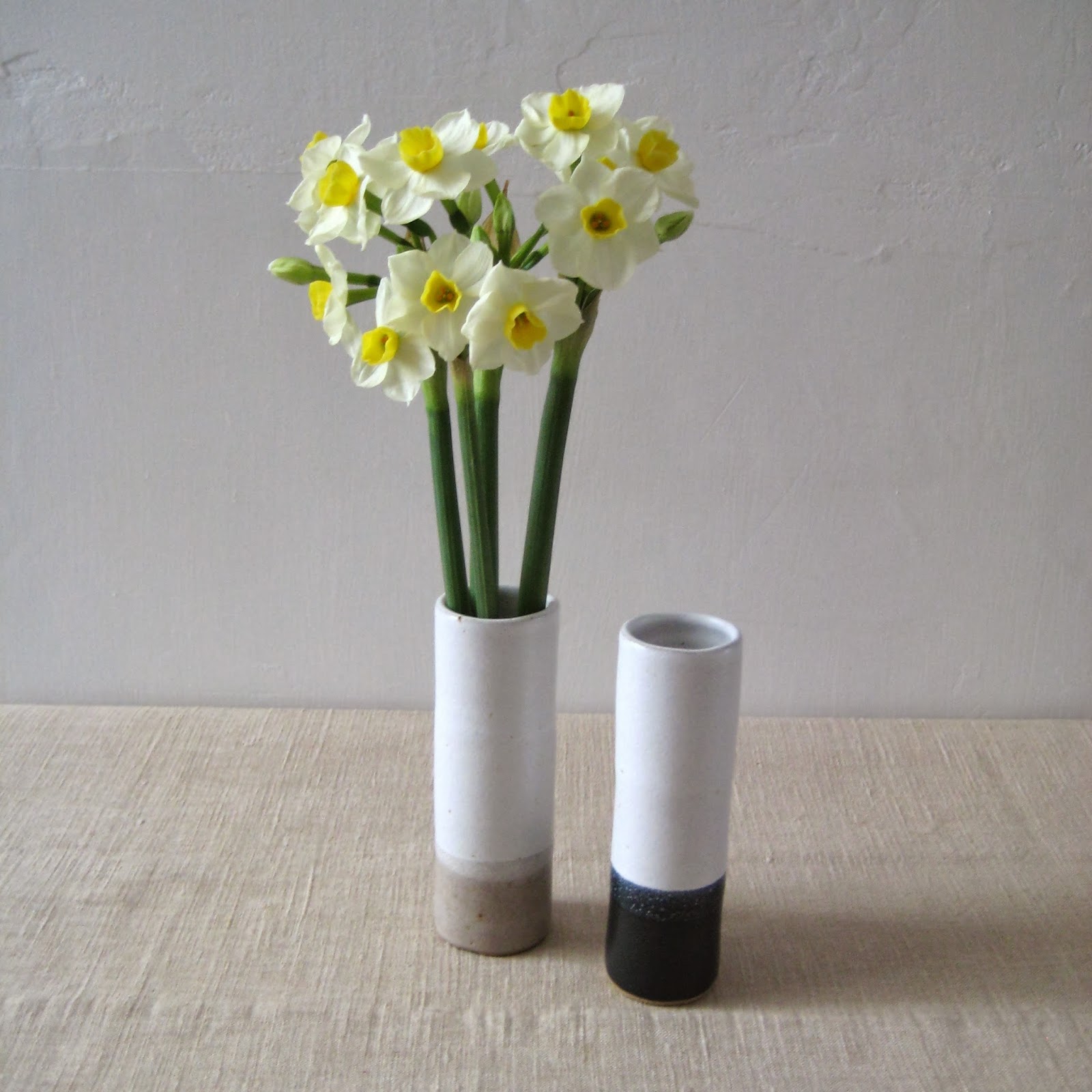 I've started to list a couple of these finished pots in my Etsy and Folksy Shops - and hope to add the rest in the coming weeks. All being well, there should also be more narrow vases in the same style from this first bisque kiln - once I've glazed them and fired them again of course. But I'm very pleased with this first selection and I'm looking forward to developing the theme further this year. Hopefully it's going to be a great new year with lots of new pots! 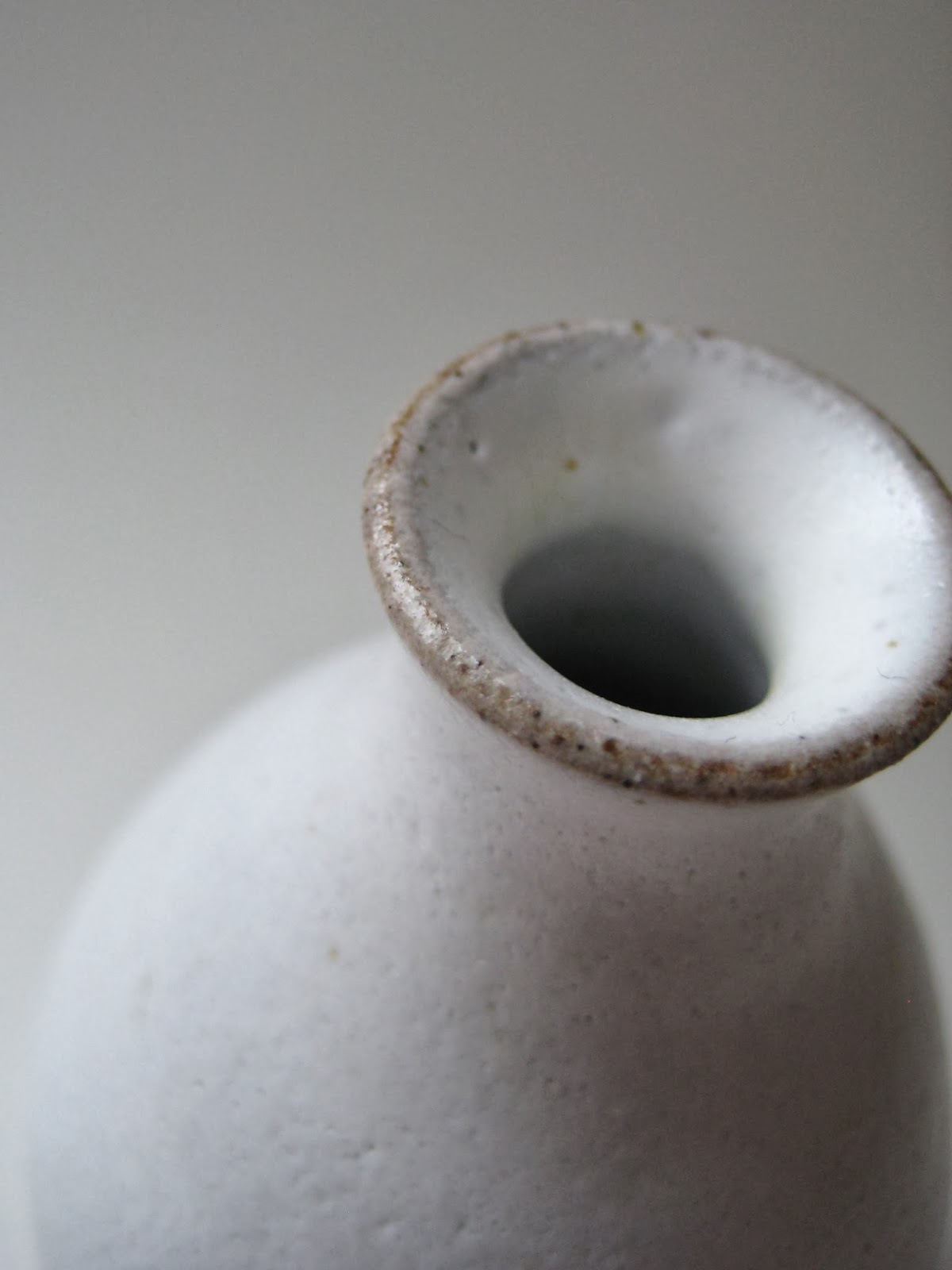